The World Cup 2014 in Brazil is providing us with loads of fun facts and pictures. Have you

got any favourites? I guess the most memorable facts tend to be those that are attached to feelings, possibly more those related to a positive feeling, eg, they happen when people are enjoying themselves. We all like commenting on them, even if we may not like football, which is key to the popularity of the World Cup as an event in London and elsewhere and all that is involved.

Do you like the logo? Some people seem to have seen it somewhere else…

Some people can take it too seriously.

It’s all about winning, but having a good time also helps. African players always bring the party in and the fans help to keep the ambience.

Having said all that, fans can also try and show their disappointment. Like this British fan after their team got eliminated during the first round. Check the wording – we love advertising, don’t we? 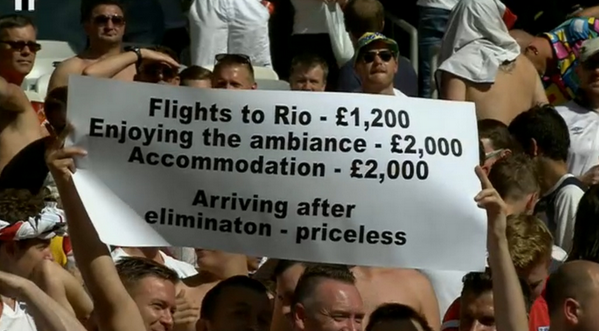 Weird things can also occur. The most commented on so far is Luis Suárez biting another player. Both brands and fans were quick enough to take advantage of the situation.

He could even land a film role too!

Let’s not forget the selfie trend.

However, did Luis Suárez bite someone? Find out by clicking on the link…

Some people even bite the pitch, like this keeper who’s so happy his team scored against Greece. 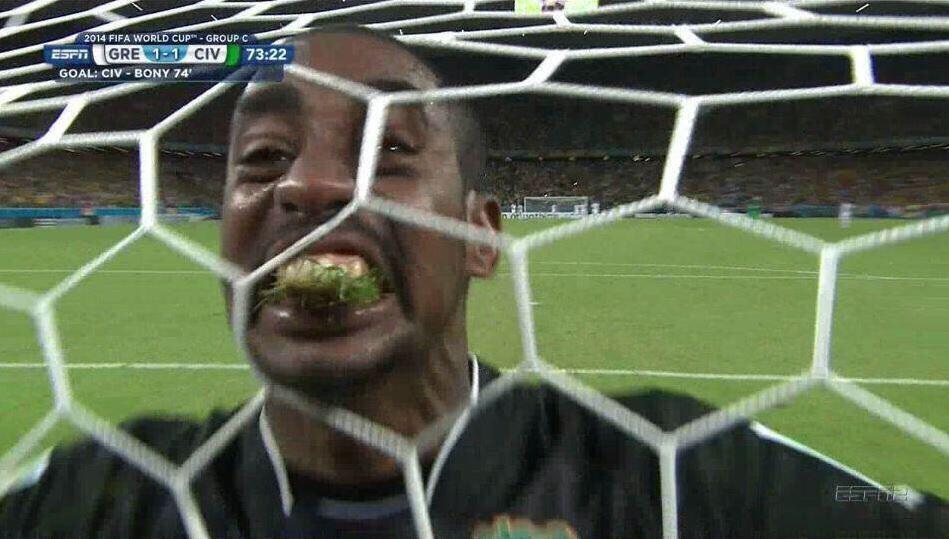 Mexico vs Brazil. Everyone thought the host team was going to score a few goals and win comfortably. After the match, the Mexican keeper’s cache must’ve gone through the roof, though, as Brazil didn’t manage to score any! 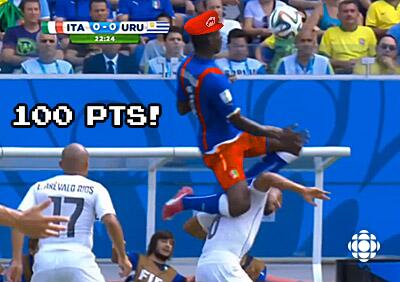 I wanted to make the point here that not all is fun. Brazil is still a country where a huge amount of the population do not have access to education nor proper housing.

Hope you have enjoyed! Thanks for reading my post.

Cheese & choc lover, marketer and linguist who would like to explore and share those aspects that still have the power to make her stay in the amazingly vibrant city of London after nearly 10 years.
View all posts by A Londoner from Afar →
This entry was posted in Digital, Events, Marketing, Sports and tagged Fun, London, World Cup 2014. Bookmark the permalink.