At the London Canal Museum

One of the aspects that I find great about London is the use that is sometimes made of spaces which, otherwise, would be derelict.

The Canal Museum Trust have used an old ice warehouse to illustrate part of the history of London. The canal and the ice trade are both related to our present history and everyday treats. It was interesting to find out more about the history of the ice cream. Wanna find out more? Then, take a look at some of the pictures below!

The building is not as impressive as the Tate Britain (itself a former prison) or other buildings in London. But, it has been very nicely made up over two floors, excluding the area underneath where ice blocks were kept. It was built in 1863 for a self-made businessman called Carlo Gatti. The two pics below show a column downstairs and the upstairs roof.

Carlo Gatti himself tells us about Victorian London, the ice trade and coffee shops via interactive devices, which I could also see at the Jewish Museum.

Ice blocks were imported from Norway and kept in this warehouse. Astonishingly, they could last for about a year without melting substantially. This is the area underneath the building where the blocks of ice were kept.

The ice boxes are the first fridges and freezers. They were lined up with zinc and oak to preserve the ice. The ones below are from the mid-end 19th century. 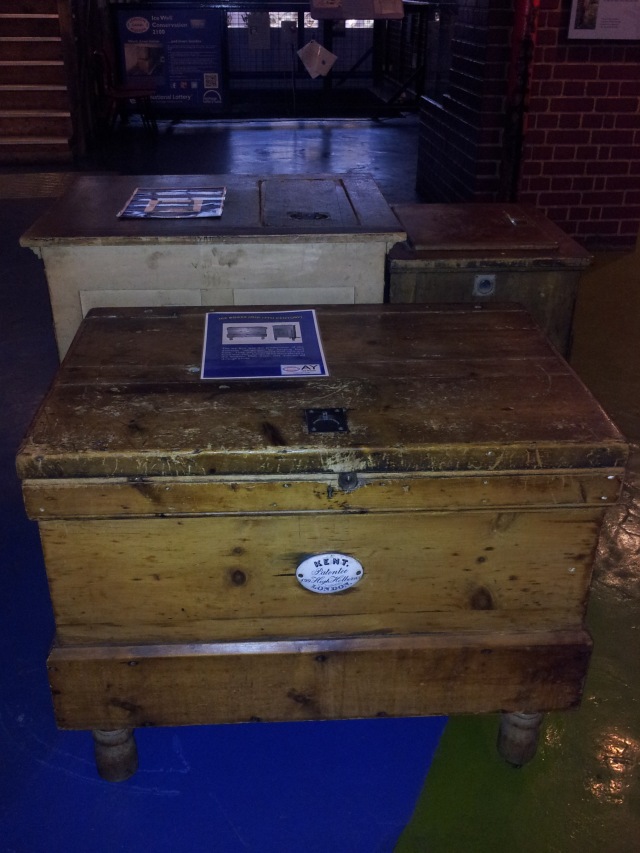 Horse-drawn carts were used to deliver ice to businesses in Victorian London. 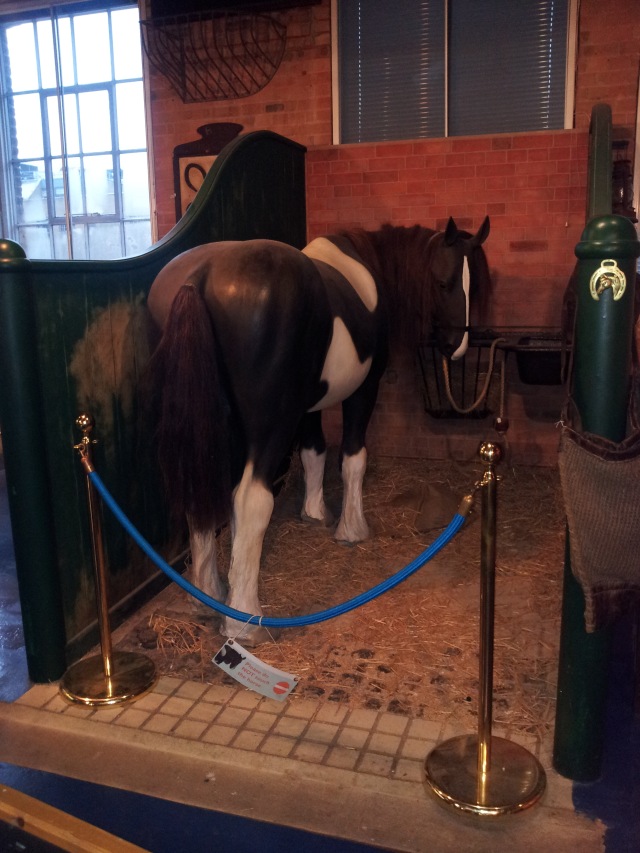 Now, you will wonder what the connection between the canal and the ice trade is. Ice was transported by boat to this warehouse. In fact, ice was only one of the goods that they transported. 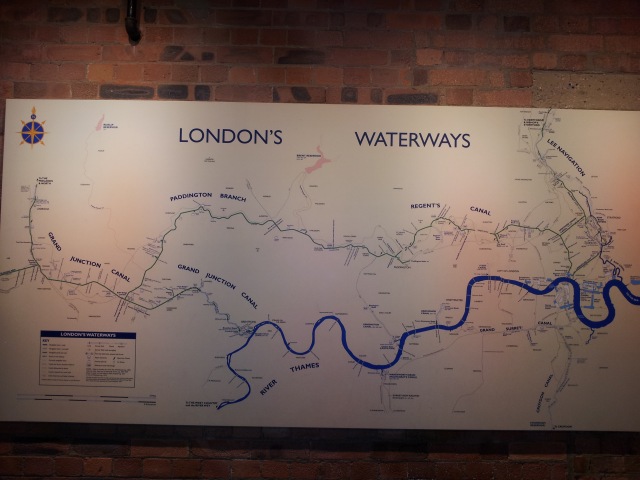 Many families, including children used to live and work long hours in the boats on the canal. Today, living on a boat is a choice for many Londoners. I’ve heard that they do not even pay Council Tax. But, back in the day many families had no choice, and their living conditions were extremely poor and uncomfortable. So, nothing romantic nor fancy about living in a trading boat!

Since there was not much room, their use of the space was really clever, with doors that doubled up as tables, etc. 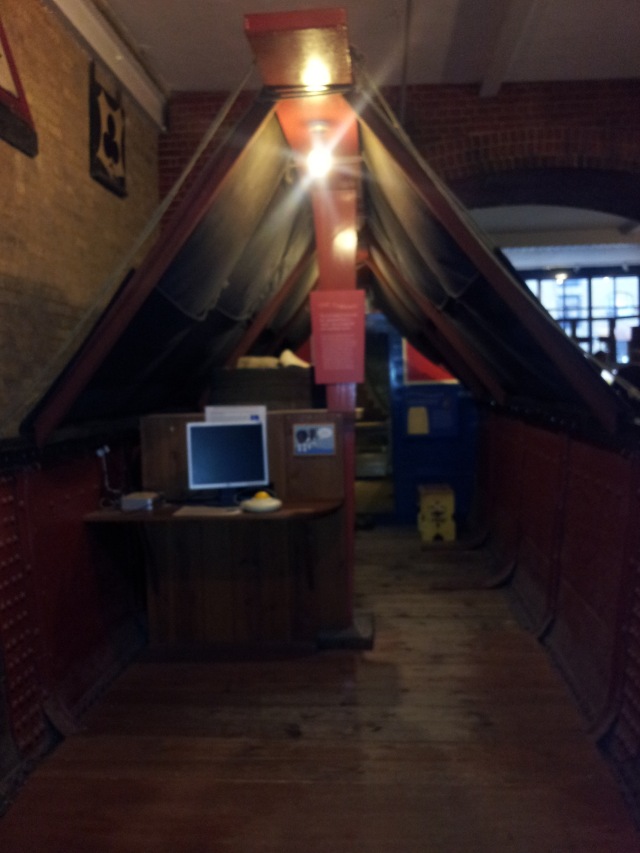 Despite the cramped living conditions, boats and everyday objects were richly decorated.

Ice cream in 1850s was a treat that only the rich could actually afford. It started to be sold in little cups, very similar to today’s fancy ice cream cups, called penny licks. Many Italian immigrants sold ice creams after they arrived in UK fleeing from the political situation in Italy. Here are some of those little cups in a reconverted ice mould.

The canal trade is not as successful these days as it was in the past. In fact, the area below was a business hub back in the day. Now, we can find hotels and expensive flats.

Some danger and caution signs.

Through the main entrance, ice carts transported the blocks of ice.

Thank you for reading this post. See you soon!

Cheese & choc lover, marketer and linguist who would like to explore and share those aspects that still have the power to make her stay in the amazingly vibrant city of London after nearly 10 years.
View all posts by A Londoner from Afar →
This entry was posted in Events, Miscellaneous and tagged Canals, London, museum. Bookmark the permalink.

1 Response to At the London Canal Museum